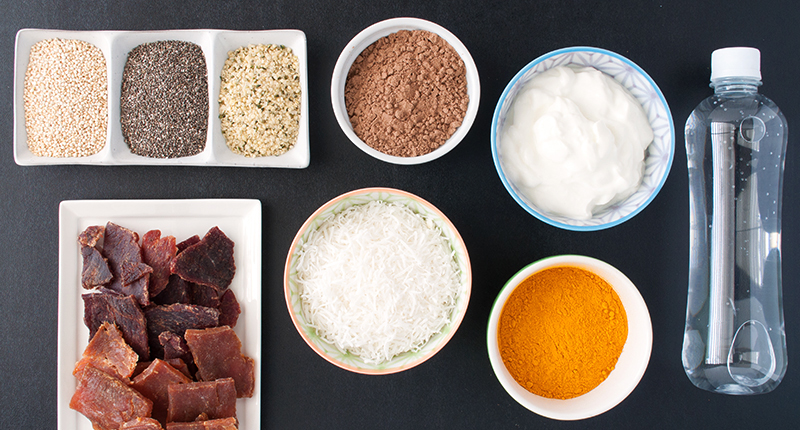 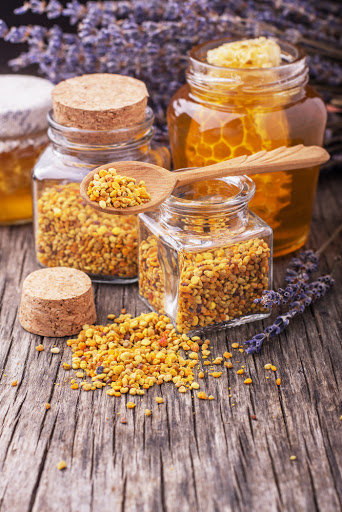 As more and more people move into healthy and active lifestyles and become more aware of where their food comes from, the demand for cleaner, healthier ingredients and food on the shelves and on dinner tables has grown.

Food companies are taking note and are creating many different foods to answer the call. Twice a year, a huge natural food product expo takes place to show off the latest and greatest foods to get publicity and to sell to stores and then you. This past March, Natural Products Expo West was held in Southern California and Azumio scoped out all of the natural and healthy food products being made and what to look out for in grocery stores.

It was clear walking the many aisles that there are some food trends that are sticking around for longer and even getting bigger and better than years before.

Superfoods: Food companies are still in love with superfoods, which are foods that are extremely nutrient dense and fight off disease. A few of the big superfoods are berries, lentils, quinoa, chia, nuts, kale and other dark leafy greens, ginger, salmon and sardines. Companies are fortifying nutrition bars, chips, hot and cold cereals, breads, pastas, cookies, and even protein powders with these superfoods.

Ancient Grains: Much like superfoods, ancient grains are here to stay. Ancient grains refer to grains that, according the the Whole Wheat Council, are unchanged and have been around for hundreds of years. This means they haven’t been cross-bred, altered, or refined. Less refinement in milling means more fiber and nutrients for you. 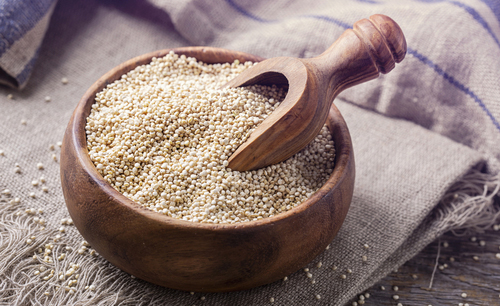 Grains that fall into this category are quinoa, teff, amaranth, farro, einkorn, millet, sorghum, buckwheat, chia, hemp and freekeh. In addition to producing and selling the grains as is, food companies are adding them to more snacks, cereals, nutrition bars, pastas, protein powders than ever before.

Coconut: Coconut in it’s many forms exploded in the health world a few years ago and is continuing to dominate and expand. Among coconut’s many benefits, it can help with cholesterol levels, reduce skin rashes, and to rehydrate after a long workout. More companies are moving into producing coconut water and coconut oil. Coconut as a flavor is also appearing in cleaner snacks, bars, granolas, and desserts.

Nutrition Bars: With busier and more active lifestyles, the nutrition bar market is out in full force and the variety is endless. You can find bars that are gluten-free, grain-free, nut-free, raw, vegan, protein-dense, savory... you name it, there’s probably a bar out there for you. 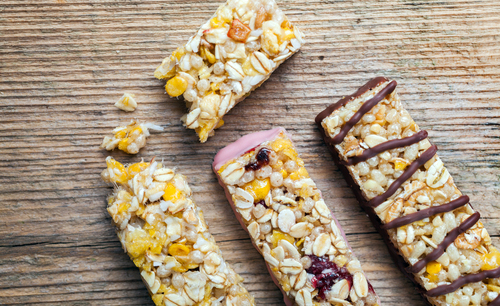 Established bar companies are making new flavors, introducing superfoods or beefing up the protein content. Other food companies are expanding into the popular bar category to spread the word about their brand and other products.

Protein: Over the past few years, the food marketer’s language has switched from touting fiber to protein. With the increased focus on working out and workout culture (largely helped out by the Crossfit/Paleo community), getting enough protein has become a big talking point in food marketing. Foods are still proudly advertisting how much protein they have on the front of the packages, and more companies are creating foods specifically to get protein.

Jerky: Much like with protein, the Crossfit/Paleo community has help jerky reach new, organic, non-gmo, and flavored heights. Where jerky was once just something you mostly found at a gas station and were told to avoid in a healthy diet, jerky has now become a cleaner, nitrate-free, go-to protein snack that people can’t get enough of. Jerky protein sources also continue to expand, from chicken, salmon, turkey and bison in addition to the usual beef and pork.

There were also plenty of foods that are starting to grow and go beyond just a handful of companies that originally started making those foods and bloggers creating recipes for them. Expect to see these trends get bigger in the next year.

Bone Broth: Already a huge trend in the health food world and touted for being rich in minerals, immune boosting, and a good source of collagen, more companies are starting to produce ready-to-drink bone broth. 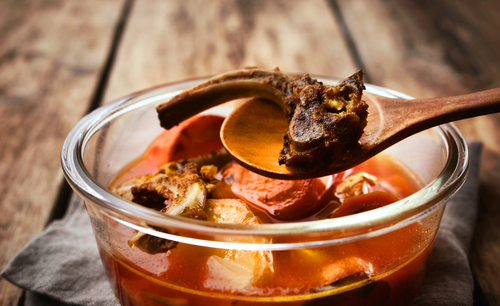 Making high quality bone broth can seem little daunting for some, so this is a great alternative for people who don’t want to take the time to make a bone broth. Some are selling it as a broth to cook with while others are really targeting the newer trend of drinking broth.

Full-Fat Dairy: Americans are finally starting to embrace fat! Just like with all foods, there are good fats and bad fats, and eating high-quality good fats help your body running, helps the absorption of vitamins and minerals, and keeps cells healthy, among many other benefits. One of the major hold-outs against the full-fat movement in the past has been with dairy. Lots of companies have offered far more low to zero fat options than full-fat ones and some didn’t even offer full-fat at all, until now. As people start to move away from the stigma that fat is bad, the demand for full-fat products (which keep you fuller longer and have a great taste) is being answered. Companies are creating full-fat cottage cheese, yogurt and sour creams and some are even leaving low-fat behind completely!

Yogurt: While yogurt has always been a well-established food with lots of diverse style and flavor offerings, food companies are bringing yogurt to a whole different level. In addition to the new offerings of full-fat lines mentioned above, lots of companies are making products to expand our yogurt minds. 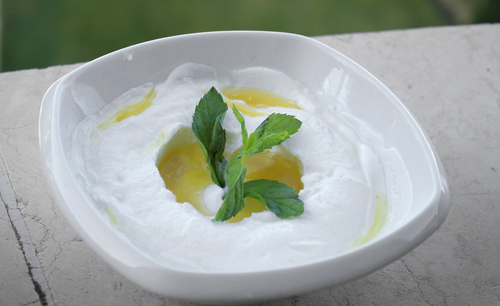 Labneh, a traditional Middle Eastern take on yogurt that’s strained into a thick and tangy spreadable consistency is moving out of just the ethnic markets and into regular grocery stores. Companies are also making lassis, a yogurt drink out of India that’s mixed with spices that can be either sweet or savory.

Some companies are also introducing savory yogurts as well. Yogurt’s also trying it’s hand in the fitness community as a source of protein in protein powders and nutrition bars.

Vegan Protein Powders and Shakes: While vegan protein has been around, the selection is growing exponentially. Veganism continues to grow and more vegans are hitting the gym, companies are answering with more proteins made from pea, hemp, chia, and brown rice protein. Companies are making powders as well as ready-to-drink shakes for vegans on the go.

Meat Protein Bars: Following in Epic’s footsteps, other companies are making clean, nitrate-free meat protein bars to appeal to the paleo crowd. Still a new section of the constantly growing nutrition bar aisle, others are hoping to get in on this trend as it grows.

Enhanced Water: Hydration is essential for regulating your body temperature, your cells healthy, and most bodily functions running because of how much water our bodies are made of. Companies are trying to give water an edge to make it more enticing and trendy to drink water. Water with more electrolytes, very light flavors, or additional scientific processes are being marketed to give you a better edge during and after a workout.

Turmeric: A growing trend, especially in the supplement and food blogging world, turmeric is starting to appear in more products as a flavor, supplement, and the current growing trend, golden milk. 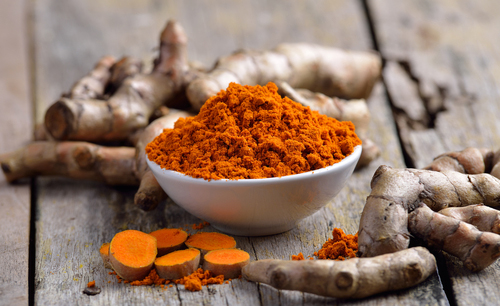 For most people, turmeric is used for cooking, especially curries. Curcumin, the compound in turmeric that gives it it’s golden hue, has. Those benefits alone are extremely enticing to people with inflammation issues or people who want another source of antioxidants.

In addition to more supplement companies marketing they make turmeric supplements, some are starting to make golden milk mixes. Golden milk is turmeric mixed in any kind of milk and is served warm, like a tea and is an alternative to pill supplementation.

Something to Think About

It’s exciting to see how many companies want to make healthier foods that taste great and could help with health and fitness goals. Keep in mind as you see more and more of these products out in stores and marketed that at the end of the day, a balanced diet of minimally processed, whole foods is the basis of any healthy eating lifestyle. If any of them interest you, try them out and see if you can incorporate them, keeping your current healthy base of foods in mind. 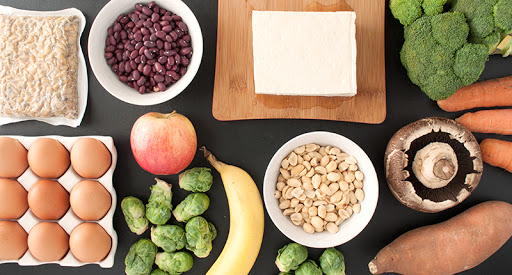 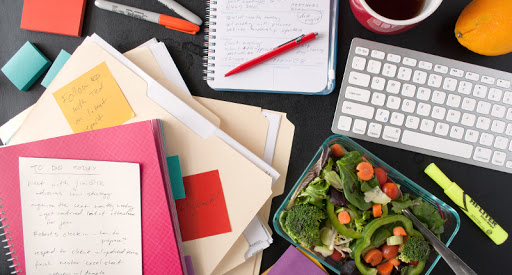 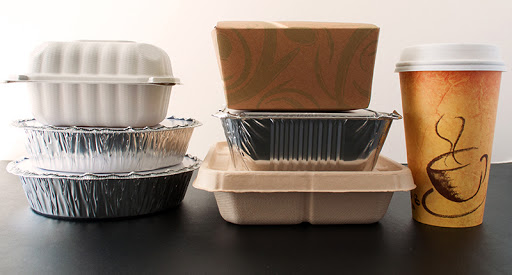 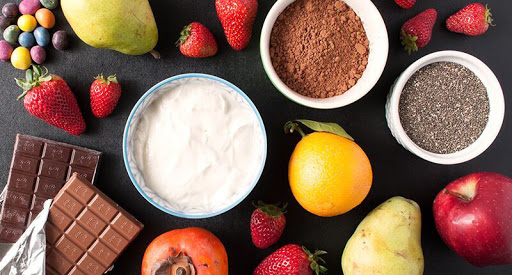 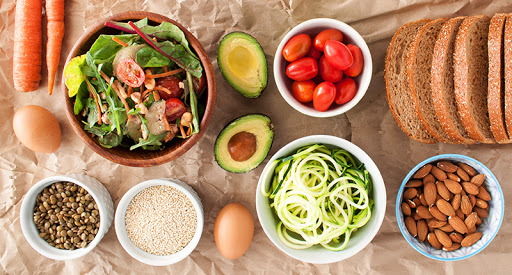